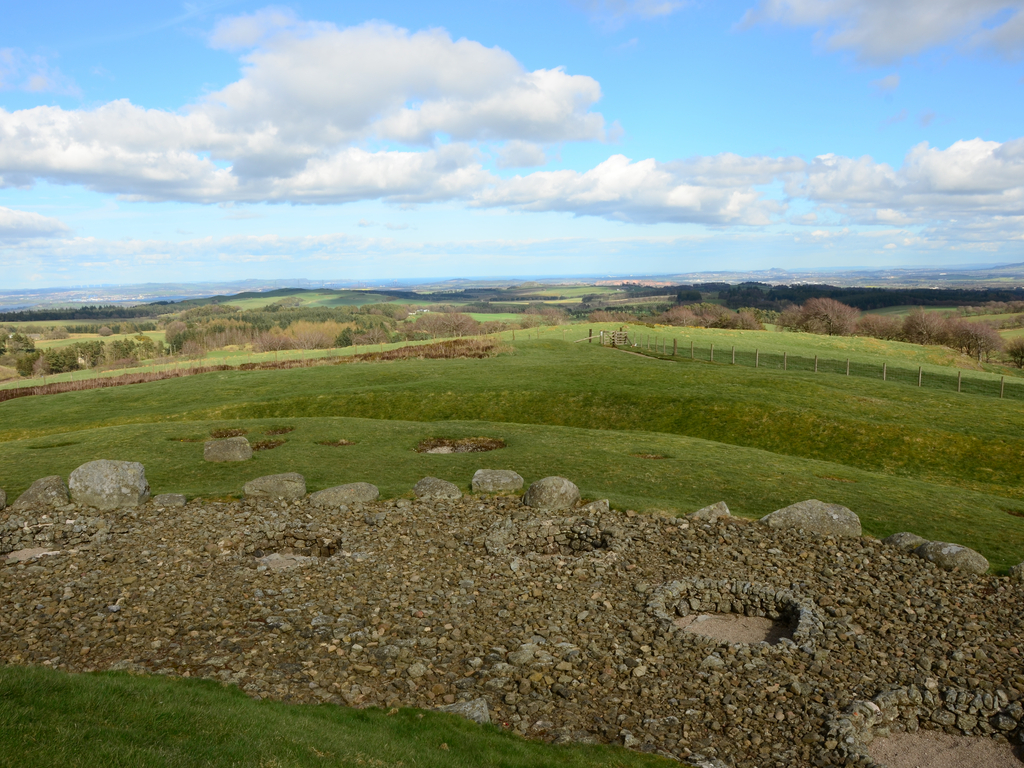 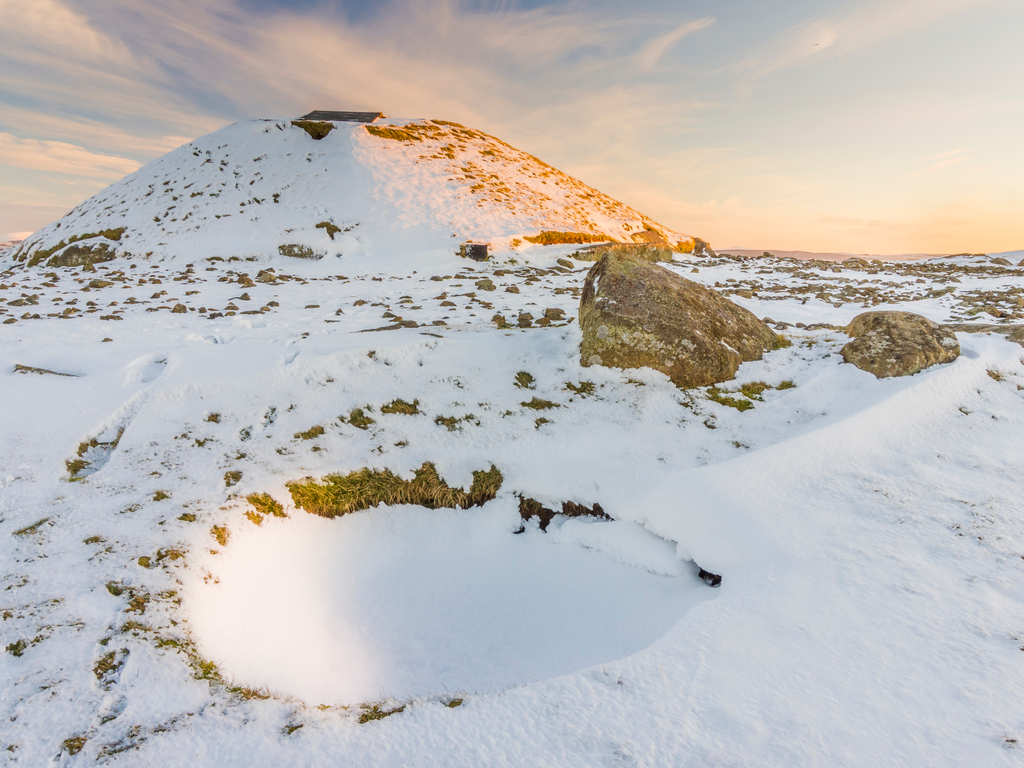 Cairnpapple Hill is a hill with a commanding position in the central lowlands of Scotland with views from coast to coast. It has been used and re-used as an essential ritual site for about 4000 years, and at that time, would have been comparable to better-known places such as the standing stones of Stenness.
The summit is 312m above sea level and about 3km north of Bathgate. In the 19th century, the site was entirely hidden by trees, but in 1947-1948 Stuart Piggott's excavations found a series of ritual monuments from successive prehistoric periods. In 1998 Gordon Barclay reinterpreted the site for Historic Scotland. It was designated a scheduled ancient monument.