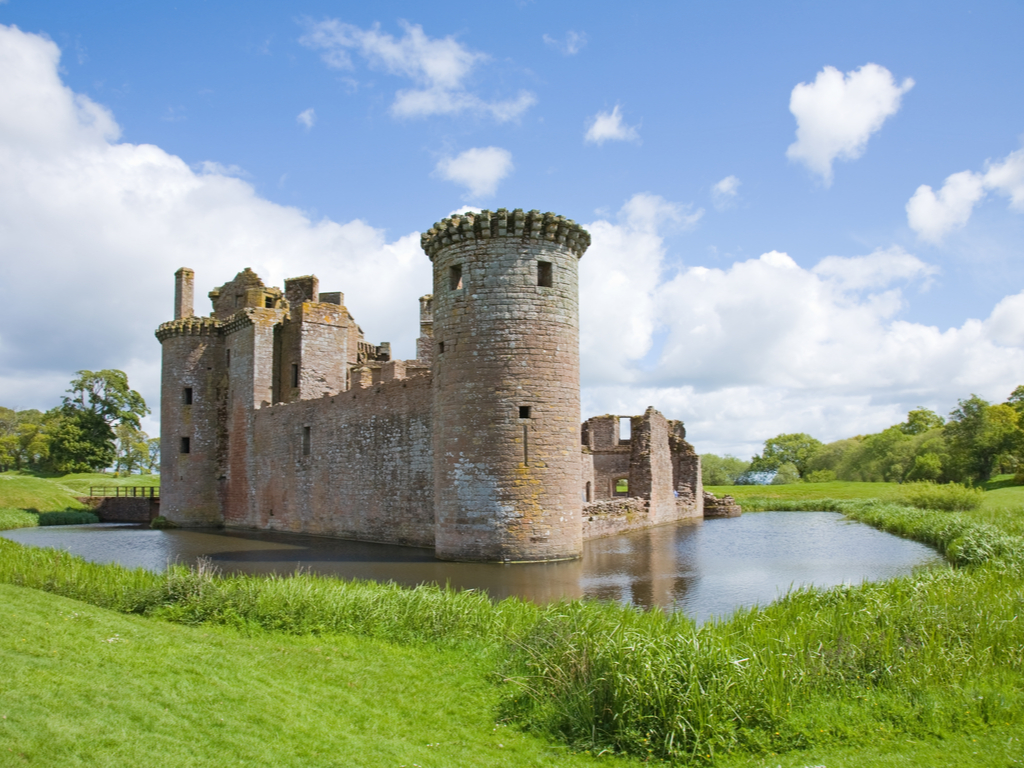 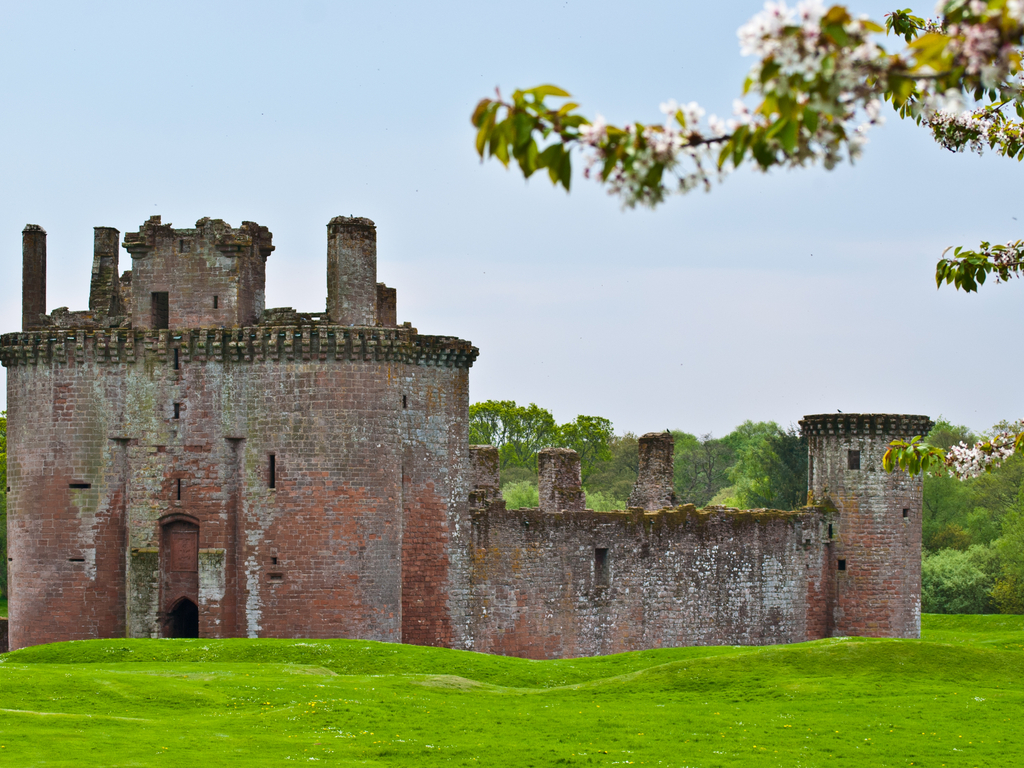 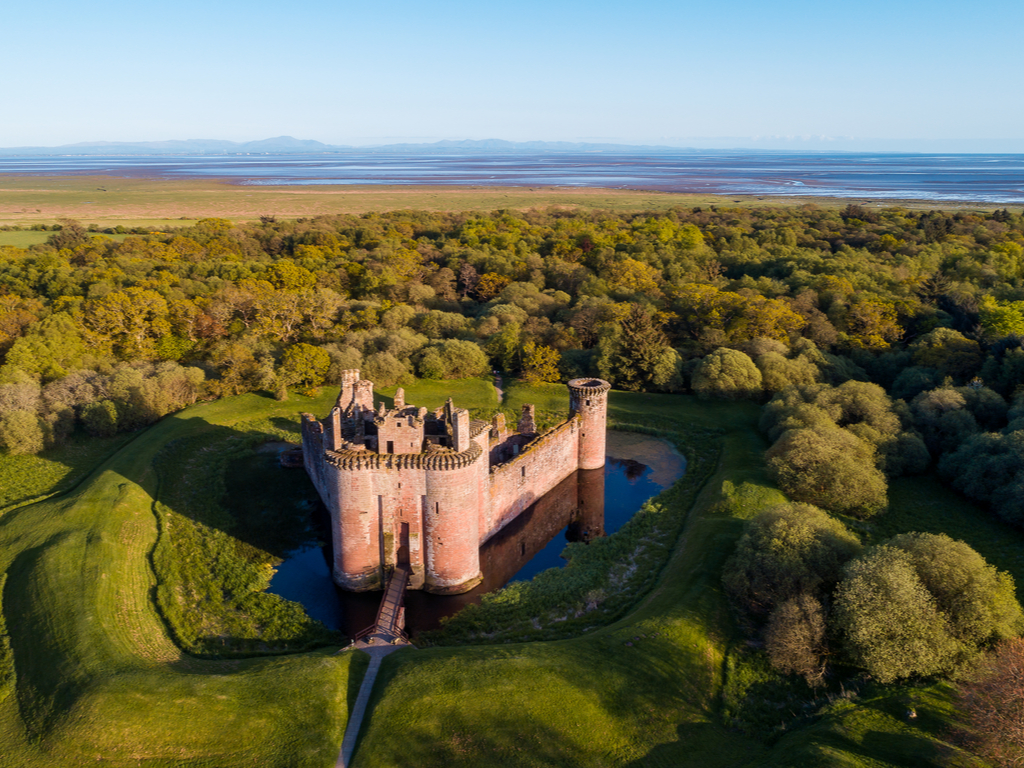 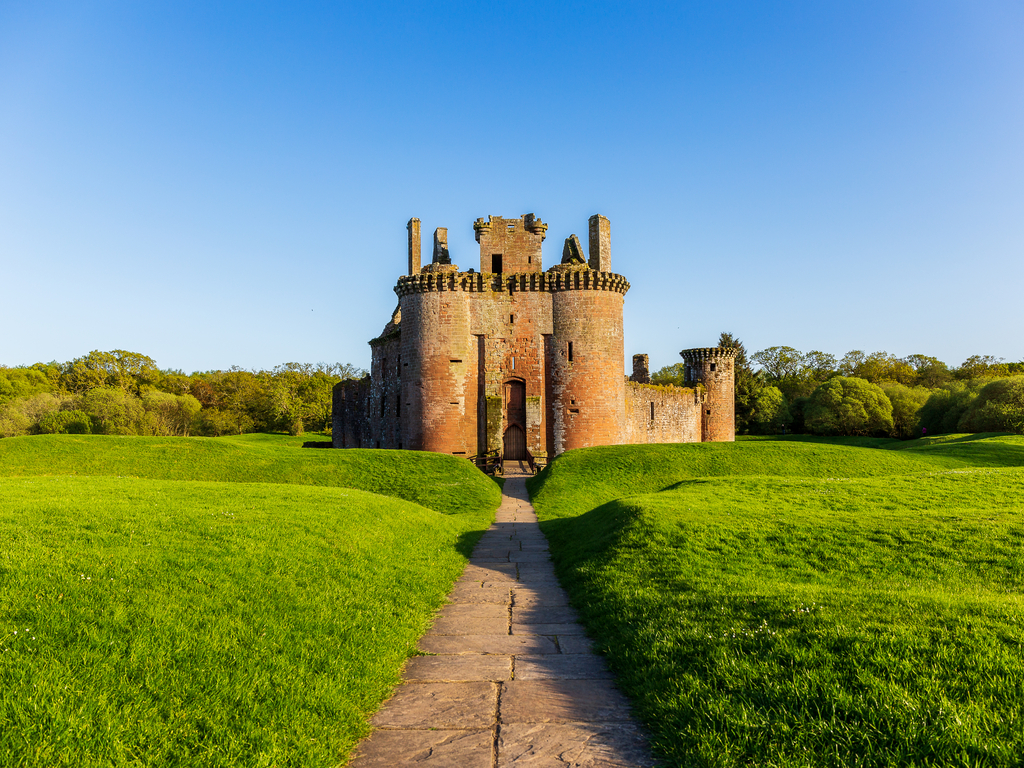 Caerlaverock Castle is a 13th-century castle with a triangular plan and moat. It is located in the National Nature Reserve of the same name, south of Dumfries, in the Dumfries and Galloway area of south-west Scotland.

Caerlaverock Castle has the distinction of being the only triangular-shaped castle ever built in Scotland. It is approximately 52m high on its south side, which forms the base of the triangle, and 46m high on its east and west sides. A deep water-filled ditch about 20m wide surrounds the whole structure. The earth removed when the moat was dug forms a dyke of similar width, which isolates the castle from the surrounding marshes on all sides except the north, where a courtyard has been created.

Owned by the Maxwell clan in the Middle Ages, when it was twice besieged, the castle is now owned by Historic Scotland and is a tourist attraction.