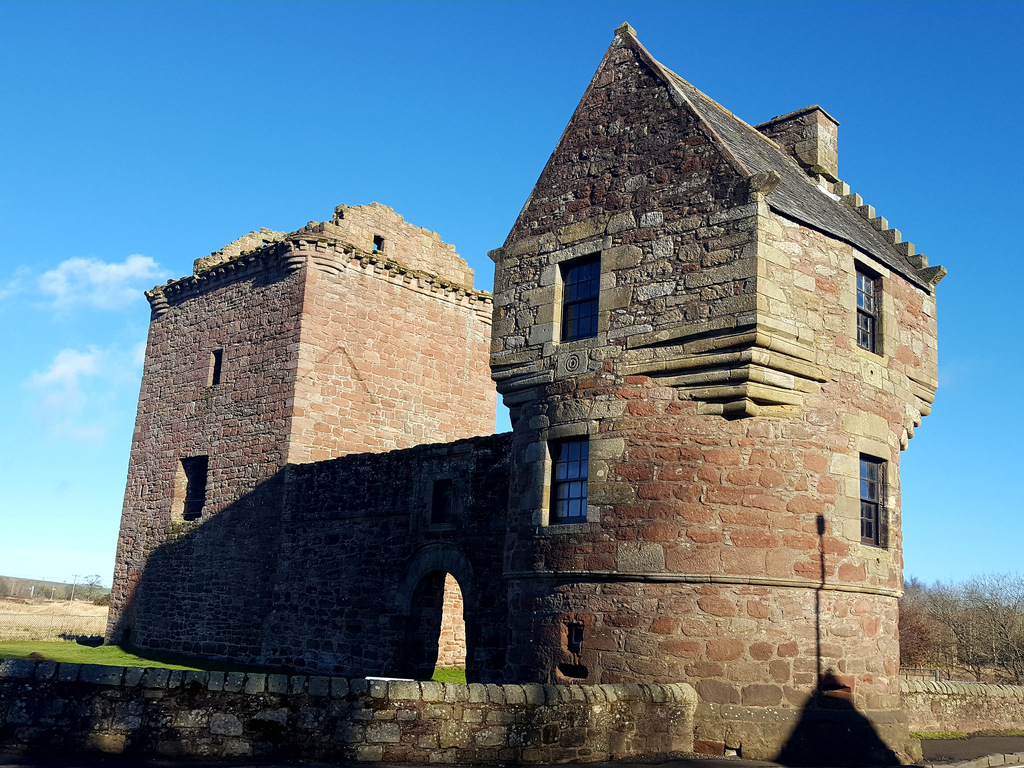 The remains of Burleigh Castle are located outside the village of Milnathort, 1.5 miles north of Kinross in Perth and Kinross, Scotland. The castle dates back to the 15th and 16th centuries and is now located on the A911 road, opposite the 19th-century castle, which has recently been converted into a house.
The Balfours have occupied Burleigh’s land since 1456 when James II awarded it to John Balfour of Balgarvie, and in 15 Towers were built at the end of the century or the beginning of the 16th century. Sir James Balfour of Pittendreich expanded the castle in the late 16th century, adding a curtain wall with a turret and other annexes.

The remains of the castle form the western part of a square courtyard or tree bark. The original tower houses remain largely intact (although the windows on the first floor have been greatly enlarged) and are as high as three stories and attic height. The 5-foot (1.5 m) thick wall rises to the corbel that once supported the railing for walking. Although the vaulted basement still exists, the roof and internal floor are now missing. The toll staircase in the northeast corner initially leads to a hat house, leading to a railing walkway.