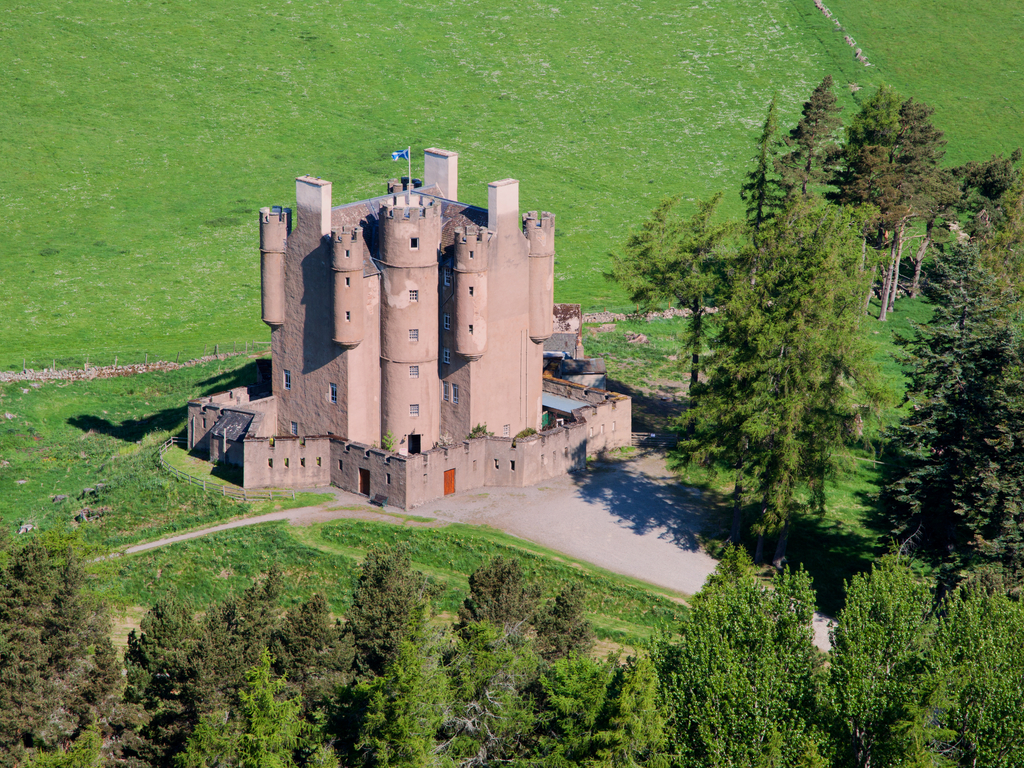 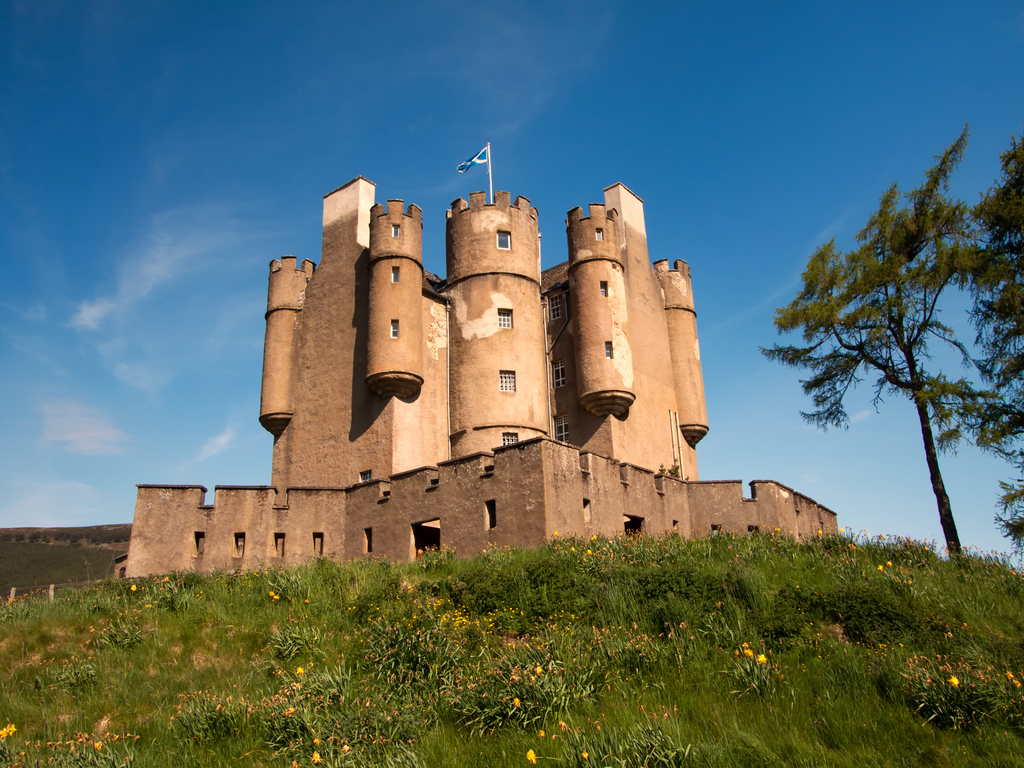 Braemar Castle is near the village of Braemar in Aberdeenshire, a region in the north of Scotland.
The first tower was built in 1628 by John Erskine, 2nd or 18th Earl of Mar, to replace the older Kindrochit Castle. An important garrison during the Jacobite Rebellion, the castle was attacked and burnt in 1689 by John Farquharson, known as the Black Colonel, of the hamlet of Inverey; John Erskine died there. The court was left in ruins until 1748, when it was leased to the government by Clan Farquharson, serving as a garrison for the troops of the House of Hanover; graffiti left by the English forces can still be seen in some rooms. In 1797 the castle reverted to Clan Farquharson and began to be restored as the clan seat. The 12th Laird of Invercauld entertained Queen Victoria of the United Kingdom while attending the Braemar Gathering.