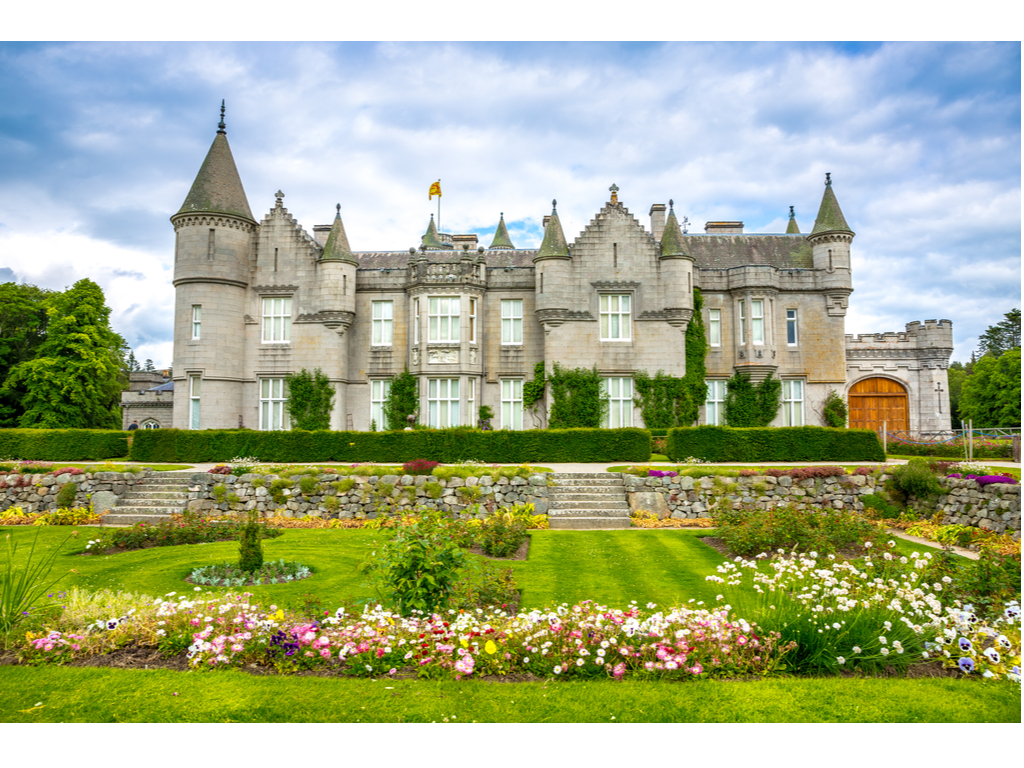 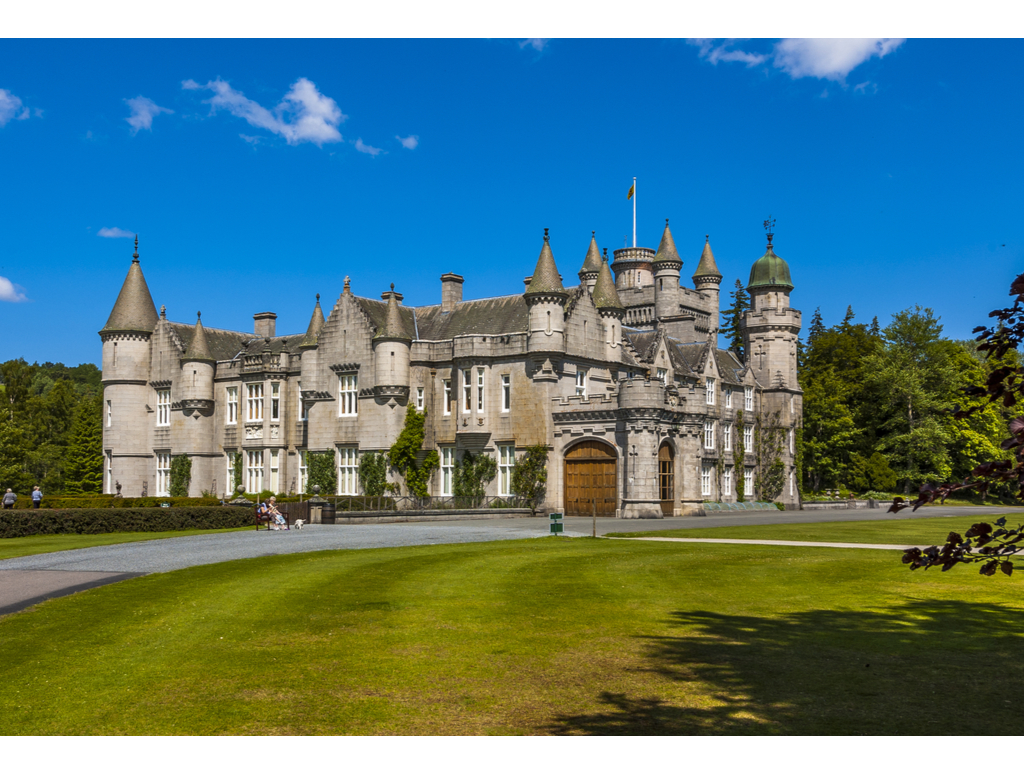 Balmoral Castle is a large manor house situated halfway between the towns of Braemar and Ballater, on the banks of the River Dee, in the Scottish region of Aberdeenshire, also known as Royal Deeside. The property was purchased by Prince Albert of Saxe-Coburg-Gotha, Queen Victoria's husband, and remains a favorite summer residence of the British Royal Family.
The property was originally owned by Robert II, King of Scotland, who had a hunting lodge there. Sir William Drummond then built a manor house here in 1390. After him, it was sold in the 15th century to Alexander Gordon, 1st Earl of Huntly (en), and remained in that family until the Farquharson (en) clan of Inverey acquired it in 1662.
The family was given the title "Earl of Balmoral" and remained in possession of the estate until it was sold in 1798 to James Duff, 2nd Earl of Fife. Part of the coronation ceremonies of King George IV took place here in 1822.