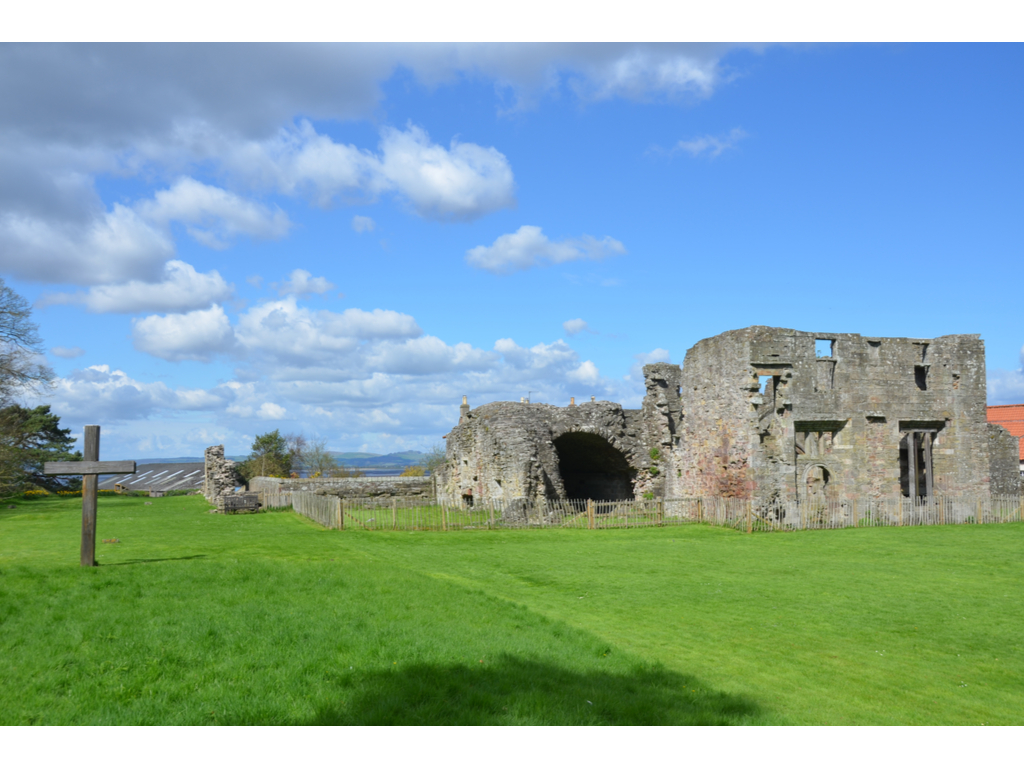 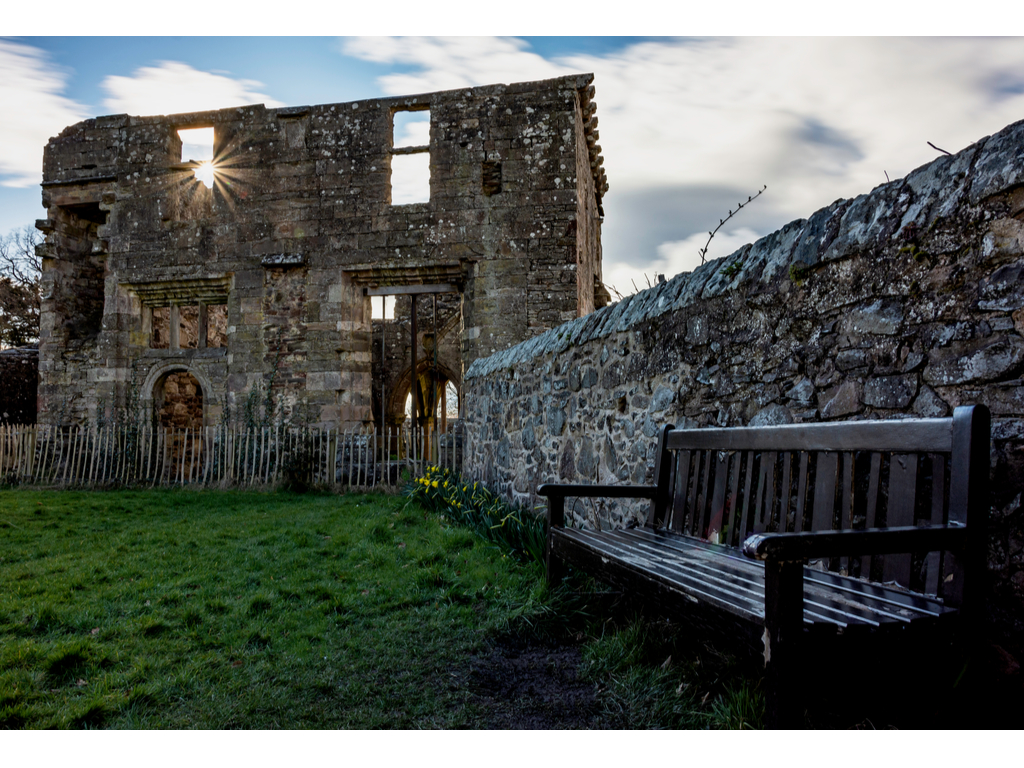 Balmerino Abbey, also called St Edward's Abbey, in Balmerino, Fife, Scotland, was a ruined Cistercian monastic community from the 16th century.
It was founded between 1227 and 1229 by monks from Melrose Abbey with Ermengarde de Beaumont and King Alexander II of Scotland. It persisted a daughter house of Melrose. It had about 20 monks in the early 16th century but declined during that century. In December 1547, it was burnt by an English force and had been damaged again in 1559 by Scottish Protestants as part of the Reformation's destruction of idolatrous structures.
Due to centuries of looting for building stone, the main abbey disappeared, and only the tiny supporting structures to the north survived, the most notable of which are the fan-vaulted cloisters.
In 1606-7, its name was reused as a secular lordship for James Elphinstone, 1st Lord Balmerino.