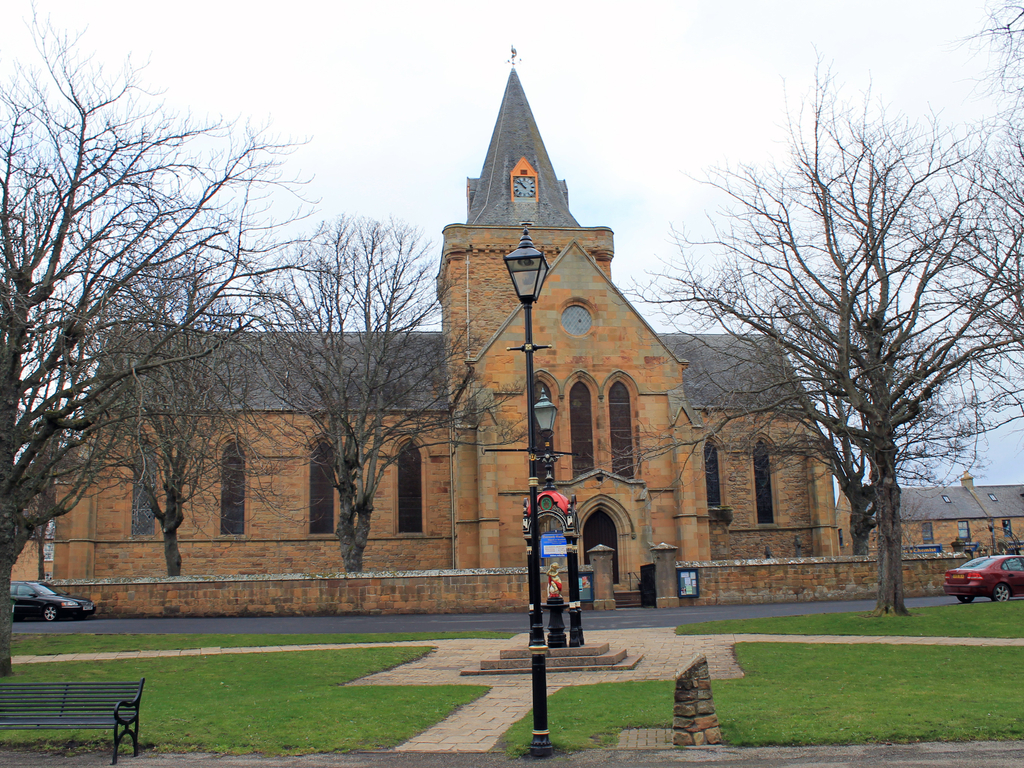 Gilbert de Moravia, elected in 1222 as the Bishop of Caithness, built Dornoch Catherdral at his own expense. He held the first service at the Dornoch in 1239. Gilbert died in 1245 and was the last Scotsman to belong in the Calendar of Saints. In 1570, during a clan feud, the Cathedral was set on fire, and Gilbert's tomb was destroyed. In 1616, the Cathedral was partially restored by Sir Robert Gordon, and restorations were completed in the 1800s. During this time, the Sutherland burial vault was built under the chancel floor. On the outside of the Cathedral, gargoyles sit in the eaves. Inside the Cathedral, you'll find a piscina and beautiful stained glass windows which were donated in memory of Andrew Carnegie. Carnegie was born in Dumfermline and often visited his estate, located four miles from Dornoch. The donated windows represent three of Carnegie's interests - music, peace, and literacy.