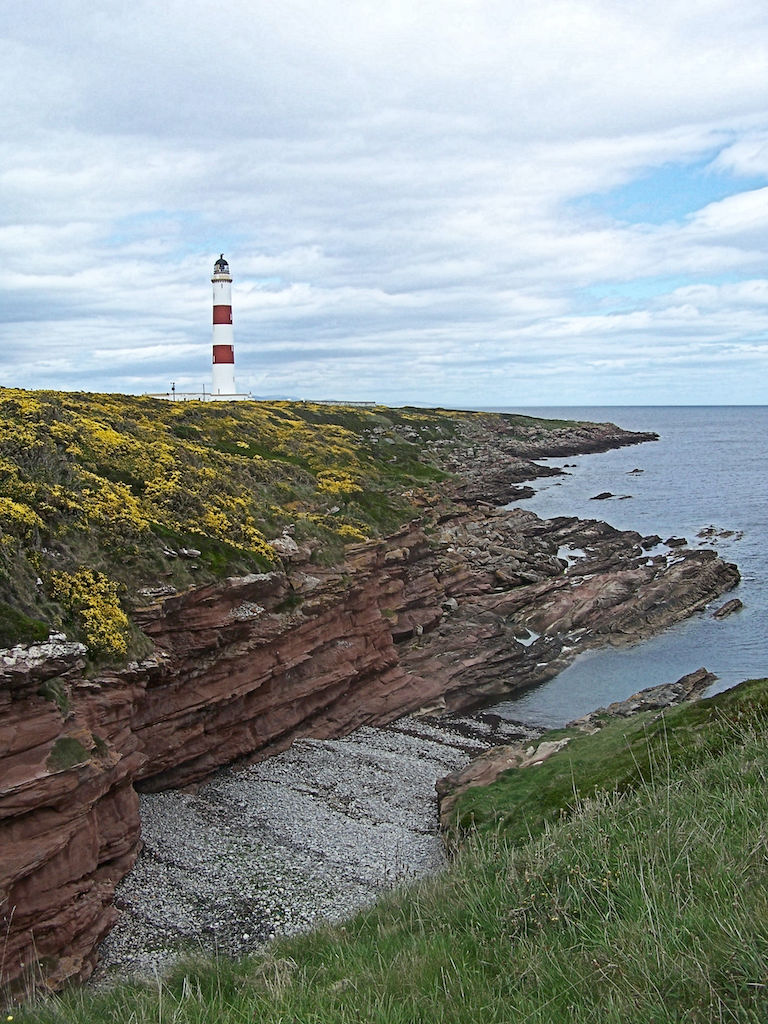 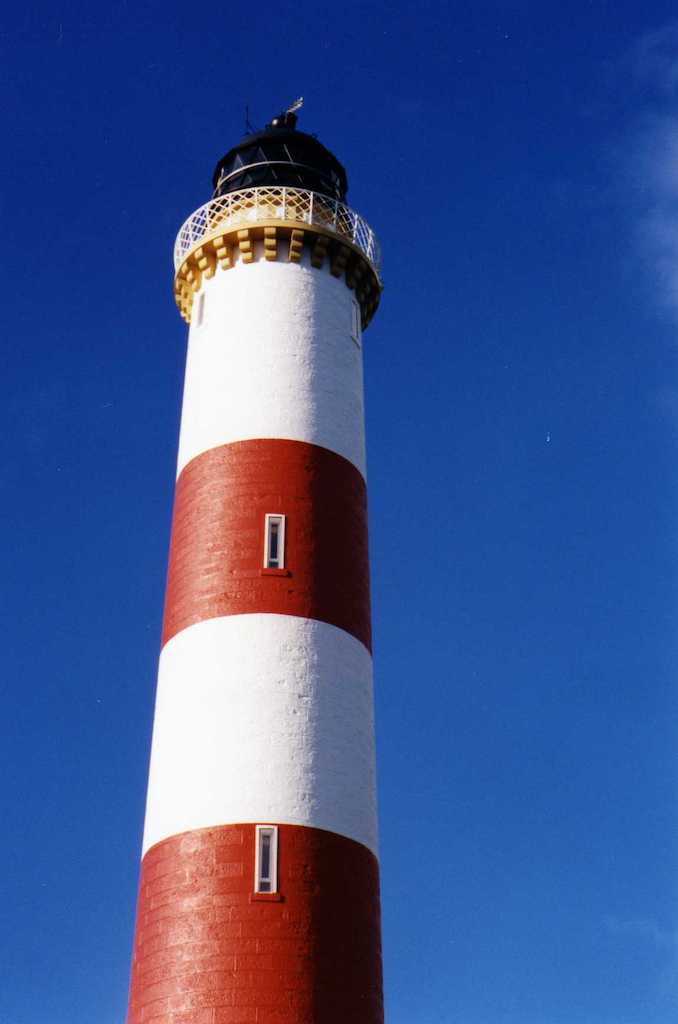 Tarbat Ness Lighthouse was built by Robert Stevenson in 1830. It is located at the northwest end of the Tabatnis Peninsula, near Portmahomack, a fishing village on the East coast of Scotland.

In November 1826, a storm in the Moray Firth killed 16 ships, and many people applied for permission to build lighthouses at Tabatnes and Coves Skerries. So the lighthouse, designed by Robert Stevenson, cost ￡9,361 to build.

The tower is the third tallest lighthouse in Scotland and is famous for having two broad red bands.