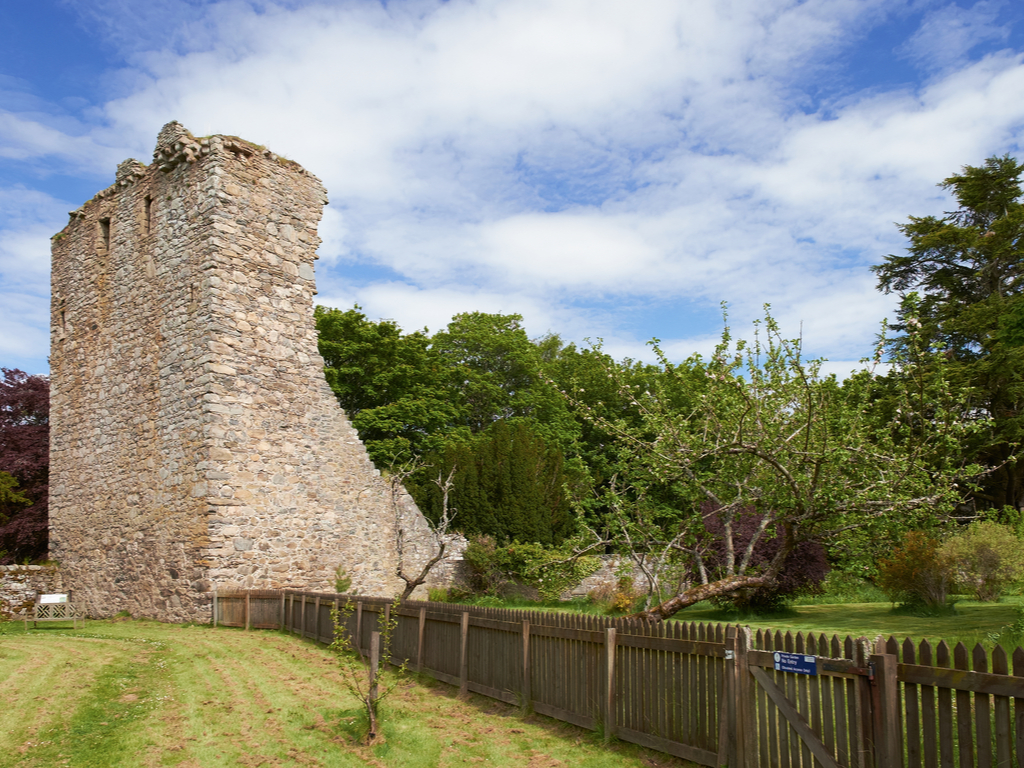 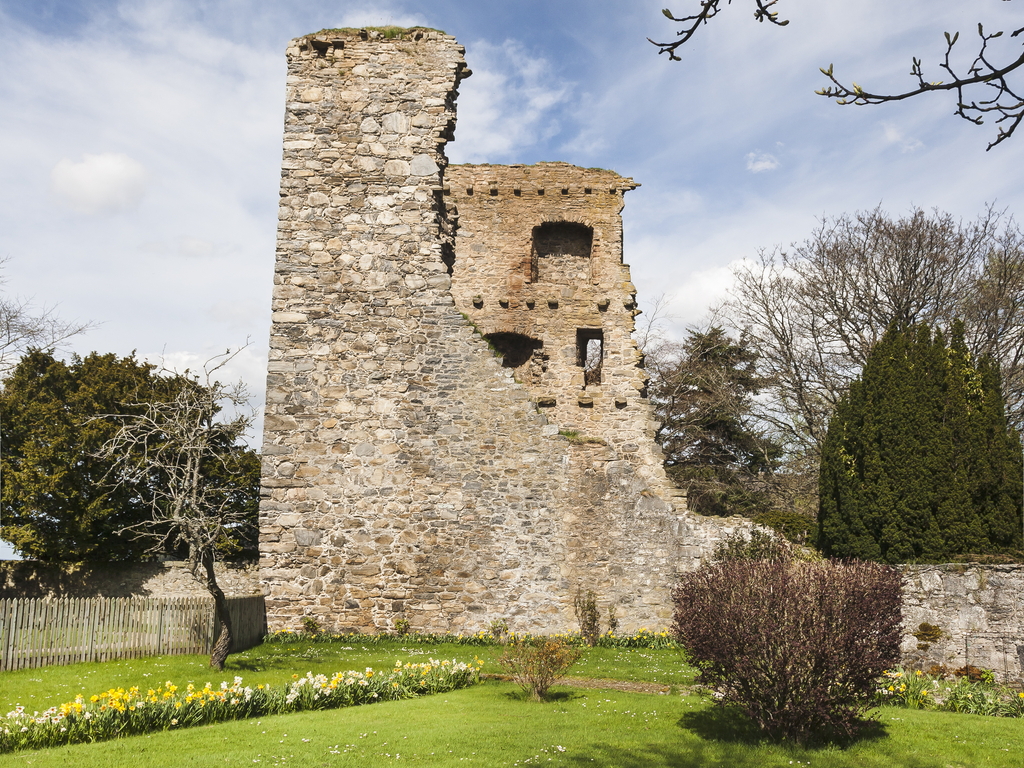 Drumin Castle is a ruined tower near Glenlivet, Moray, Scotland.
The castle is located on the ridge at the junction of the Livet and Avon rivers. It is a designated regular monument.
In the early 1370s, King Robert II granted land to his son Alexander Stewart. It passed from the Stewart clan to the Gordon clan in 1490. The castle was deserted in the 18th century and fell into disrepair.