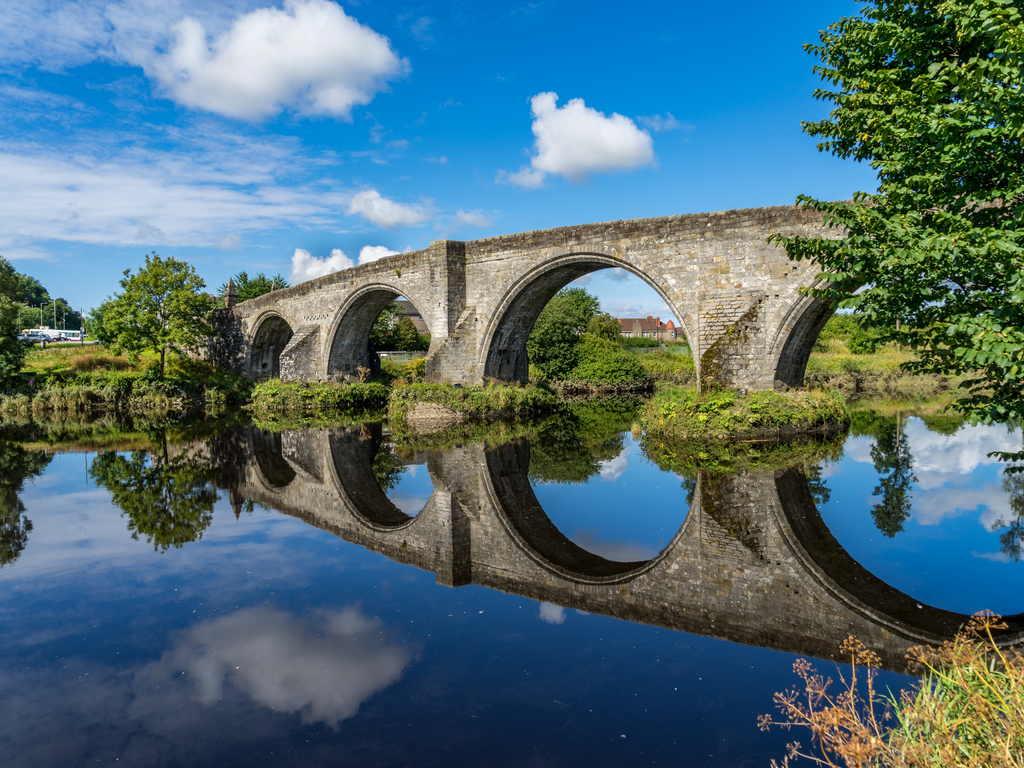 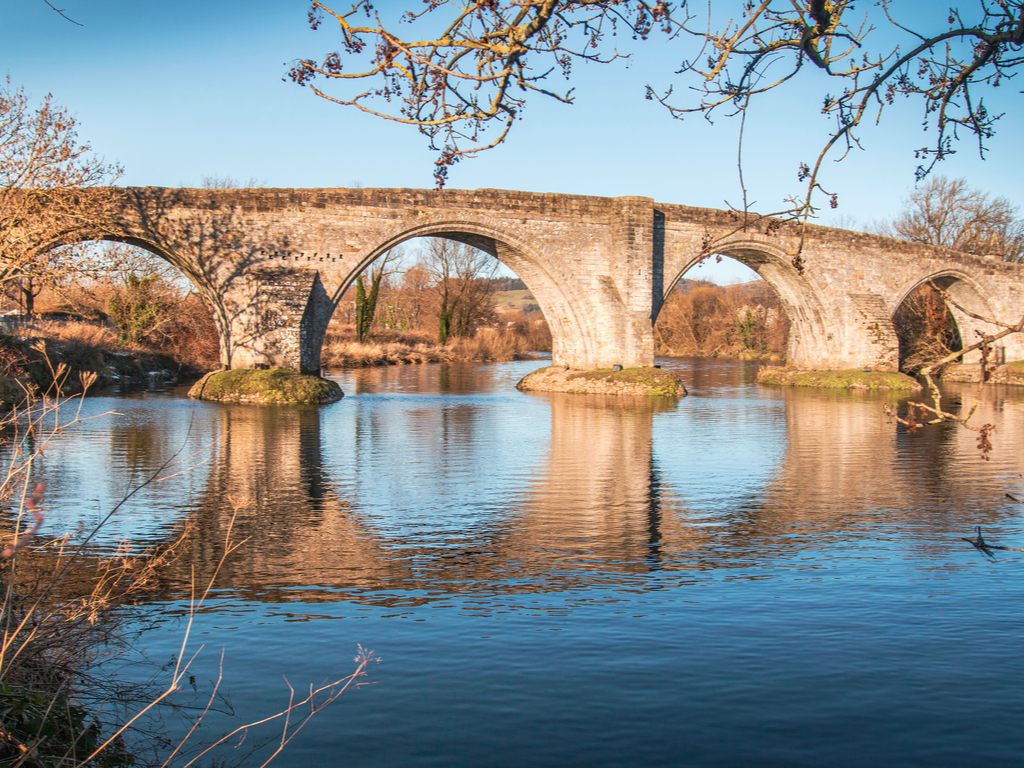 The current Stirling Old Bridge was built in the 1400s or 1500s and replaced a series of wooden bridges. Undoubtedly, the most famous of these is the car standing nearby in the 1290s, when Sir William Wallace and Sir Andrew Moray defeated Edward I's troops at the Battle of Stirling Bridge in 1297.
The bridge also played a role in the Jacobites' rise in 1745, when the arch was demolished to prevent Prince Charles of Bonnie's army from marching south.
The bridge today is still one of the best medieval masonry arch bridges in Scotland. The bridge initially had arches at both ends and a defensive gate at the end near the burgh. Tolls are levied on goods collected across the bridge. The bridge was designated as a Class A protected building in 1965.

On the River Forth, Stirling
FK9