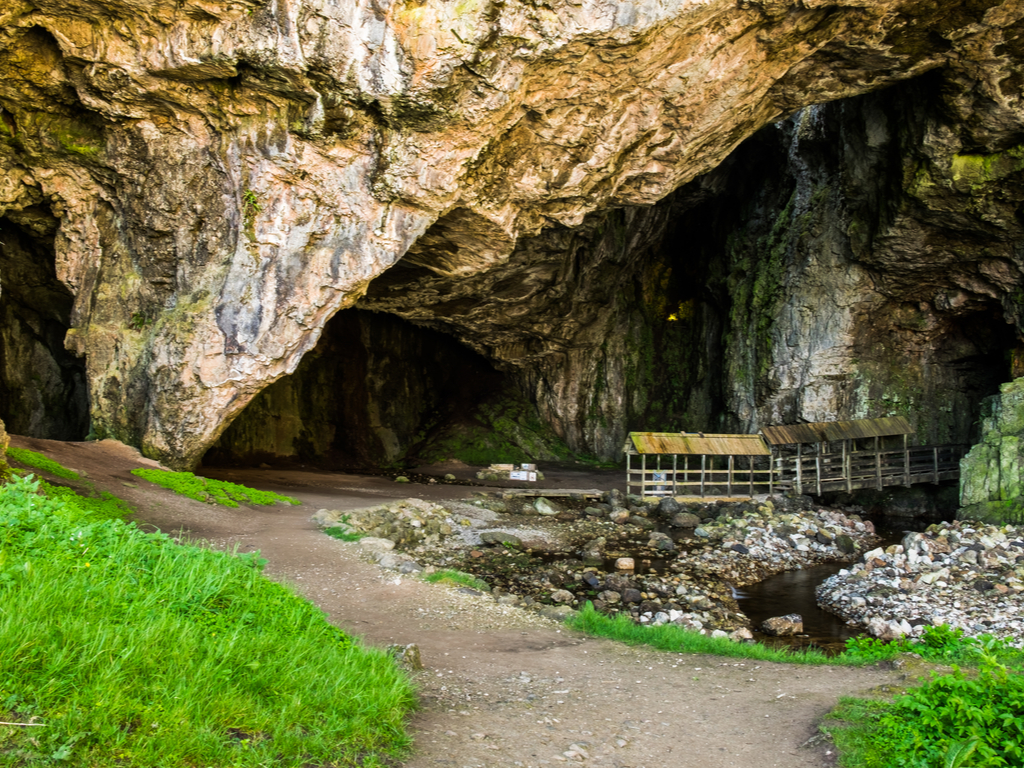 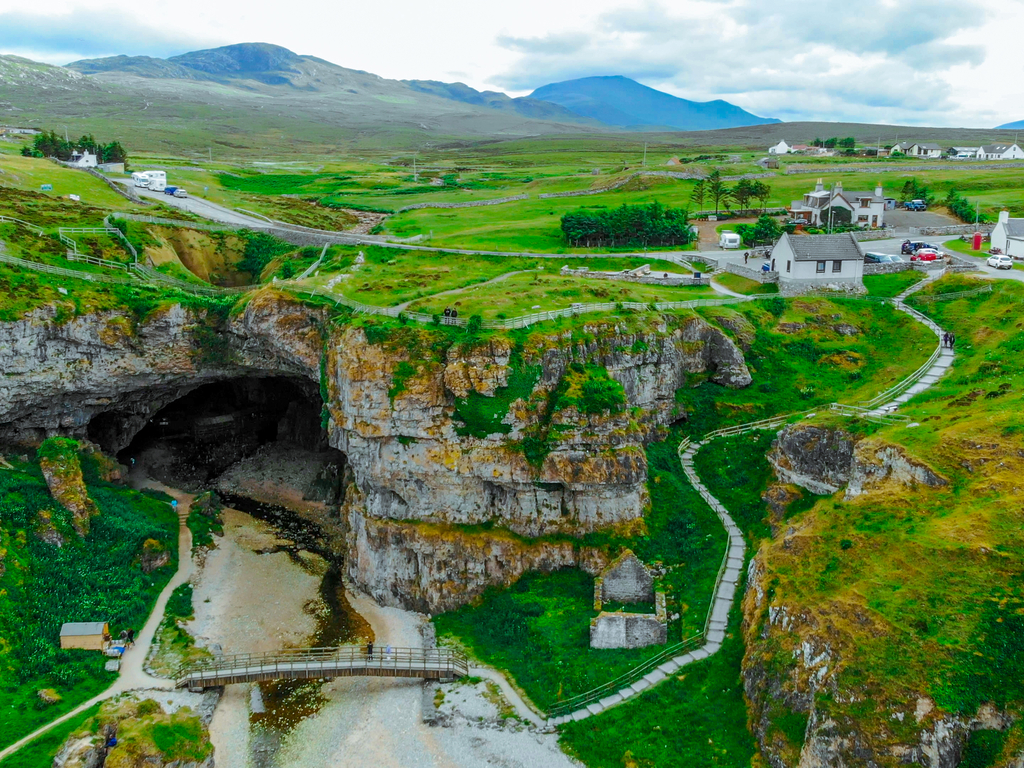 Smoo Cave is a large freshwater and sea cave located in Durness, Sutherland, in the Highlands of Scotland. Its name comes from the Norse 'smug' or 'smudge', meaning a hole or hiding-place.

The cave is unique in the UK in that the first chamber was shaped by the action of the sea, while the internal chambers are freshwater passages formed by rainwater dissolving the carbonate dolomites. Halfway through the cave, the waters of the Allt Smoo also fall in the form of a 20 meter (66 feet) high waterfall.