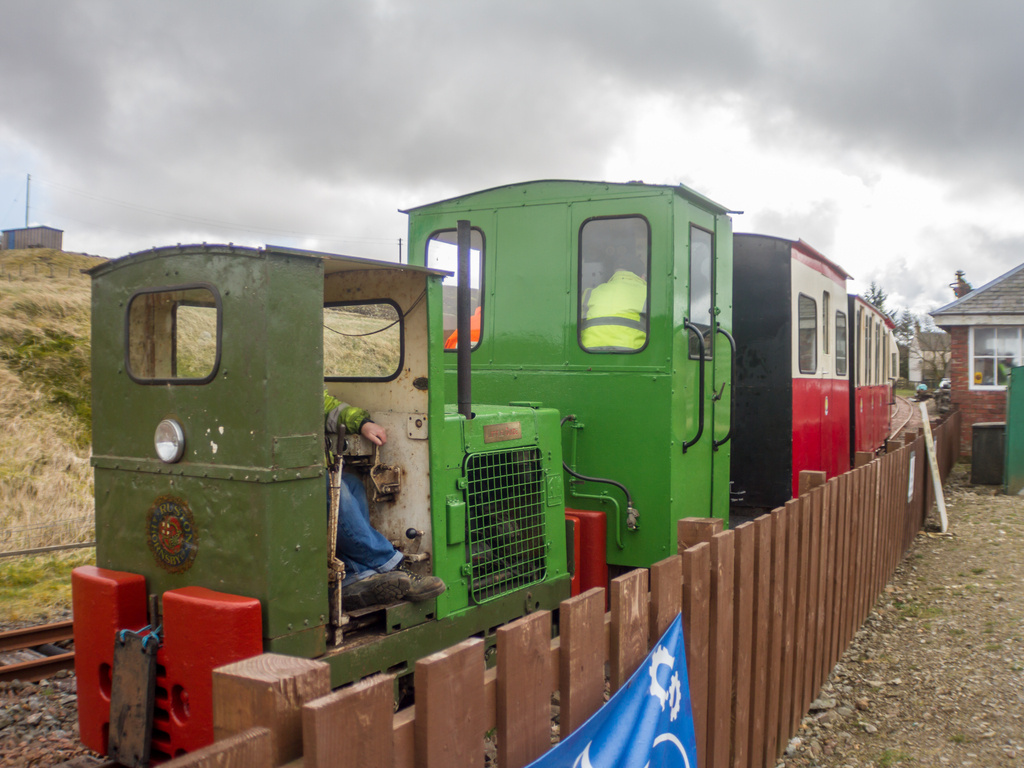 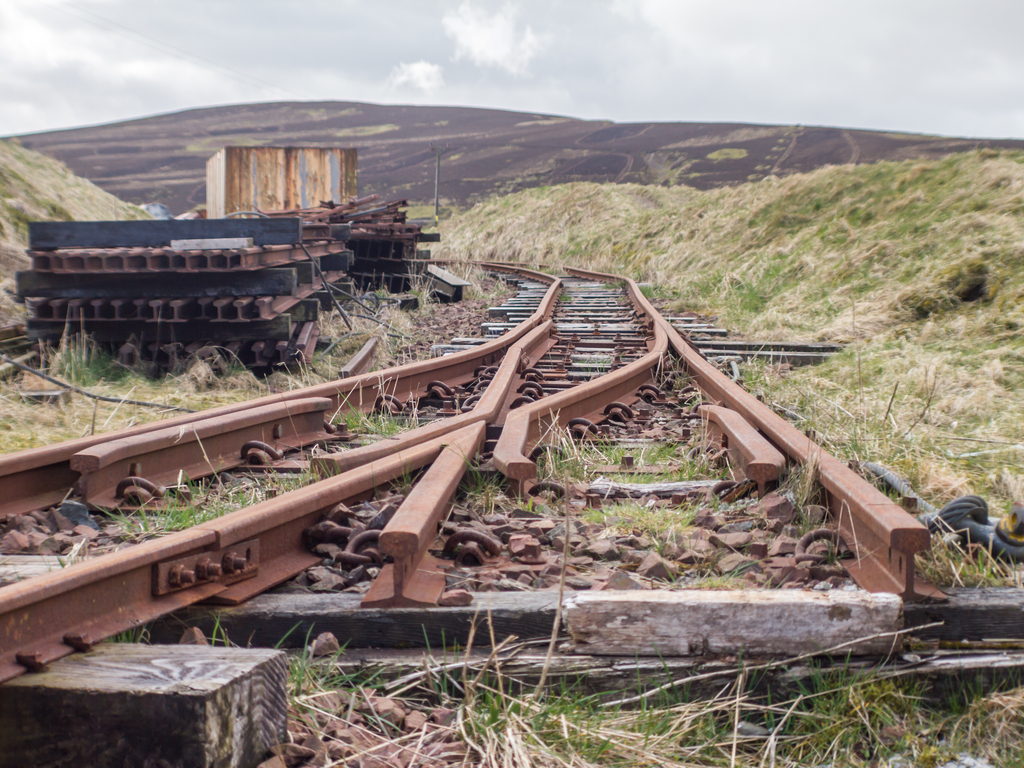 The Leadhills and Wanlockhead Railway, a 2ft (610mm) narrow gauge railway in South Lanarkshire, Scotland, is laid on the platform of the former Leadhills and Wanlockhead branch of the Caledonian Railway, which ran from the mainline between Carlisle and Glasgow at Elvanfoot.
The preserved section extends from Leadhills for approximately 1 kilometer (0.6 mi) towards Wanlockhead and is the highest grade railway in the UK. The Snowdon Mountain Railway is higher. The trains currently run on diesel, with the locomotive propelling the train up the hill away from Leadhills.
The original railway closed in the late 1930s, shortly after the closure of the Wanlockhead mines.
The railway currently stops at the South Lanarkshire border and Dumfries and Galloway.
The trains operate on the push-pull principle as there are no round loop facilities at the end of the run. Movements within the Leadhills leading station site are controlled from the rebuilt signal box, which contains the original lever frame of the Arrochar and Tarbet signal box.