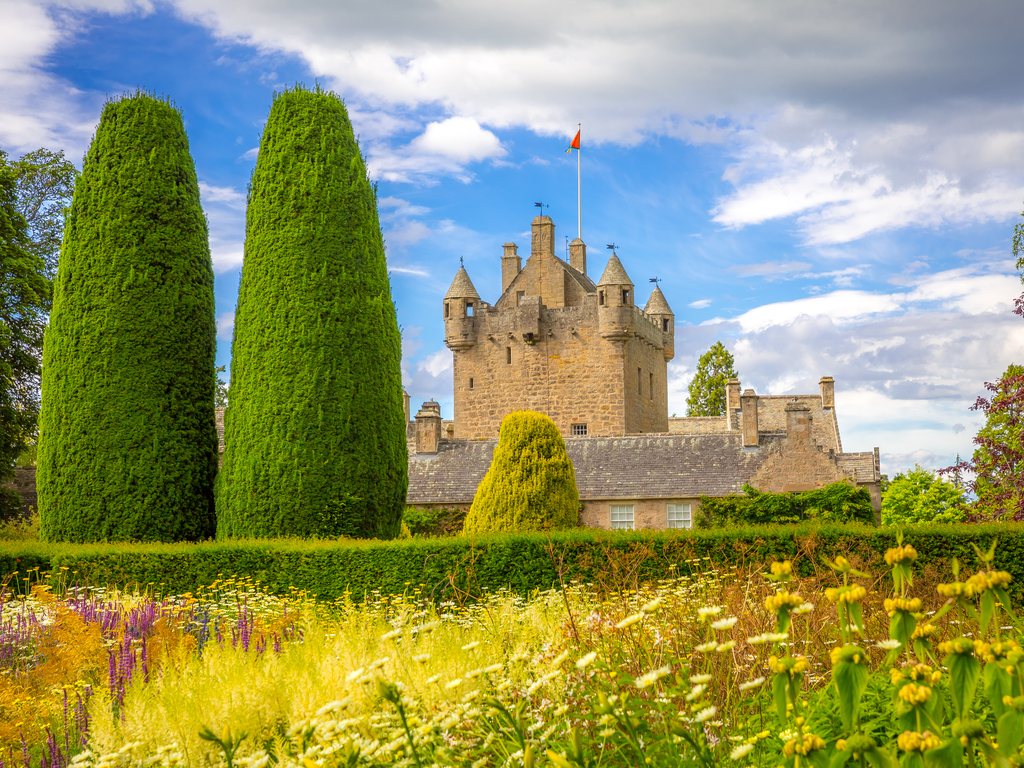 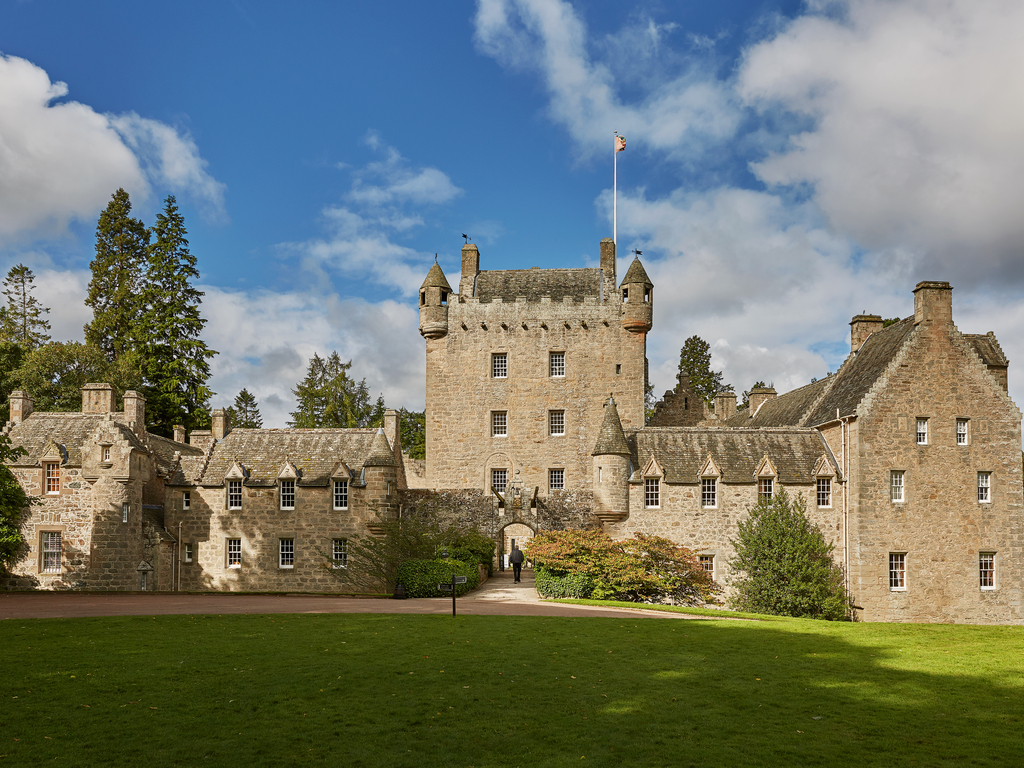 Cawdor Castle is a castle in the parish of Cawdor in Nairnshire, Scotland. It is built around a 15th-century tower house, with substantial additions in later centuries. Initially owned by the Calder family, it passed to the Campbells in the 16th century. It is at present still owned by the Campbells and is now the residence of the Dowager Countess Cawdor, mother-in-law of Colin Campbell, 7th Earl of Cawdor.
The castle is perhaps best known for its literary connection to William Shakespeare's tragedy Macbeth, in which the title character is named 'Thane of Cawdor.' However, the story is highly fictional, and the castle itself, which is never directly mentioned in Macbeth, was built many years after the life of the 11th century, King Macbeth.
The castle is a Grade A listed building, and its grounds are included in the Inventory of Gardens and Designed Landscapes in Scotland, the national list of essential gardens.