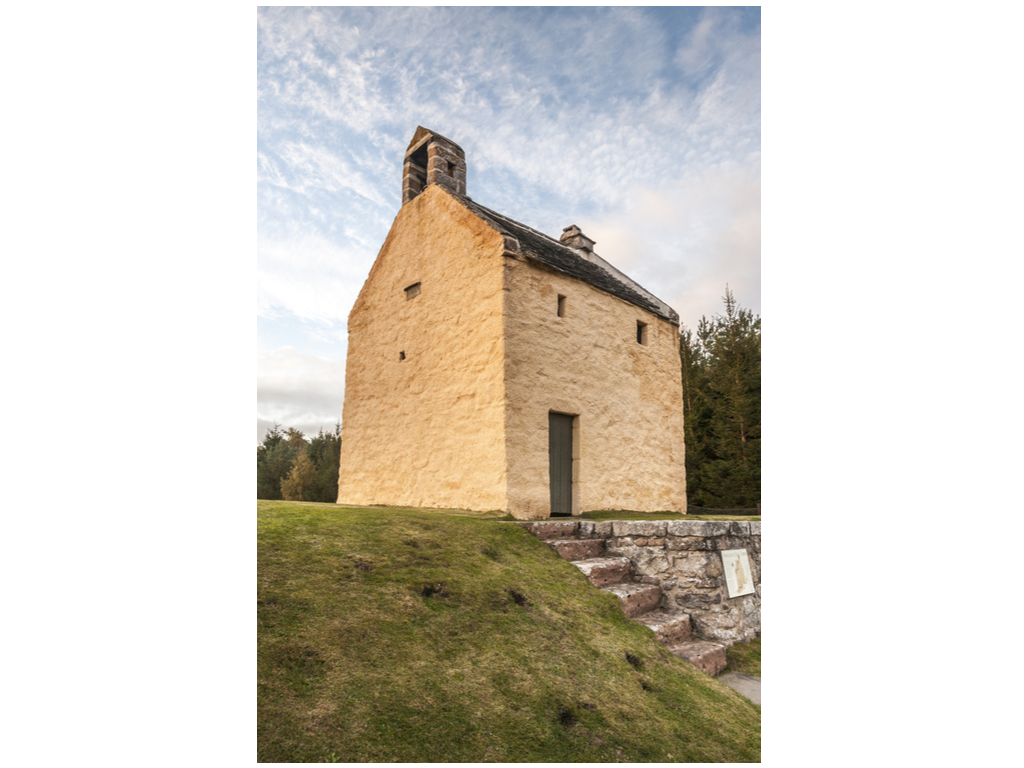 Ardclach Bell Tower was likely built by the local laird, Alexander Brodie of Lethen, around 1655. He was a Covenanter and thus considered by many to be a traitor of King Charles I, resulting in his lands being attacked several times in the mid-1640s. The tower was probably built in reaction to the 1654 Highland Royalist uprising as a safe retreat for Alexander and his family. It is also possible the tower was initially constructed as a prison, as it contains no windows.

It appears the tower was never used for its intended purpose. In 1765 it was adapted into a detached bell tower for the newly built Ardclach Old Parish Church (as it is now known), as its hilltop location meant the bell could be heard over a much wider area than from the church in the valley. When the church was reconstructed in 1838, the tower served as its belfry; though today the Old Parish Church is derelict, the valley in which it sits remains spectacular as ever.